by Strangers Of Necessity 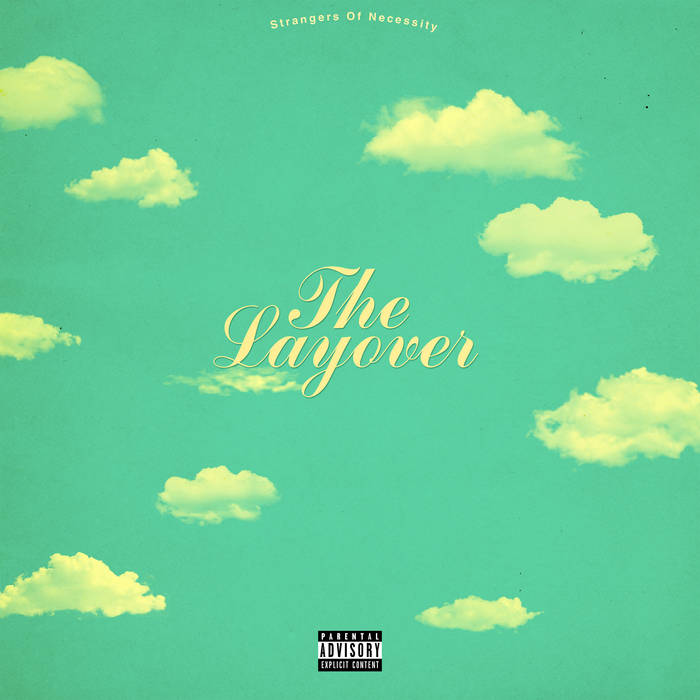 Radio Juicy presents "The Layover" the debut LP by Strangers of Necessity. The album has an authentic old school vibe and plays out flawlessly. CoryAyo drops the illest beats while Fooch provides the exact words and flow. Everything works out incredibly well, this is a real head nodder, let it transpose you in the world of Strangers Of Necessity!

The Album comes out on digital & vinyl courtesy of Radio Juicy. The vinyl is a limited "in house" print. Meaning we've manufactured ourselves a short run of 300 copies.
It made sense to have the complicity of Fat Beats on this one since it will give an easier access to our US customers. You'll also be able to buy it from our regular partner store at HHV.

As a special & exclusive offer you'll be able to download a bonus track only during pre-order period from 3rd to 25th April. During these 3 weeks if you show some support and pre-order from Bandcamp you'll receive the bonus track "We On It" and the snippet preview Mix.

Strangers Of Necessity consist of young upcoming producer, CoryAyo from Iowa City, IA, and veteran rhyme sayer, Fooch the MC, from Chicago,IL. The two connected by chance via twitter, after Cory saw Fooch in a 319 cypher video on youtube. They linked up offline and quickly became friends, sparking an immediate chemistry and need to make quality hip-hop music together; hence the name Strangers Of Necessity. They instantly began recording music and doing shows locally, generating a small buzz in the area. With CoryAyo's affiliation with London, UK based netlabel, Hard Jazz 7, and Fooch being an artist on Mic Hand Recordings, they knew they had the launch pad needed to release their debut EP, Tangerine Avenue.

Their sound is best described as a fresh take on that golden era of hip-hop, blending tasteful jazz and soul samples, crisp snares, boomy kicks on wonky patterns with a soulful delivery, dense schemes and potent punch-lines that hit peaks before unseen. Strangers Of Necessity now better acquainted and constantly adding shows to their calendar, are hoping to bring you retro fresh beats and rhymes that speak to right now; giving you that feeling that can only be described as ""goose bump music."