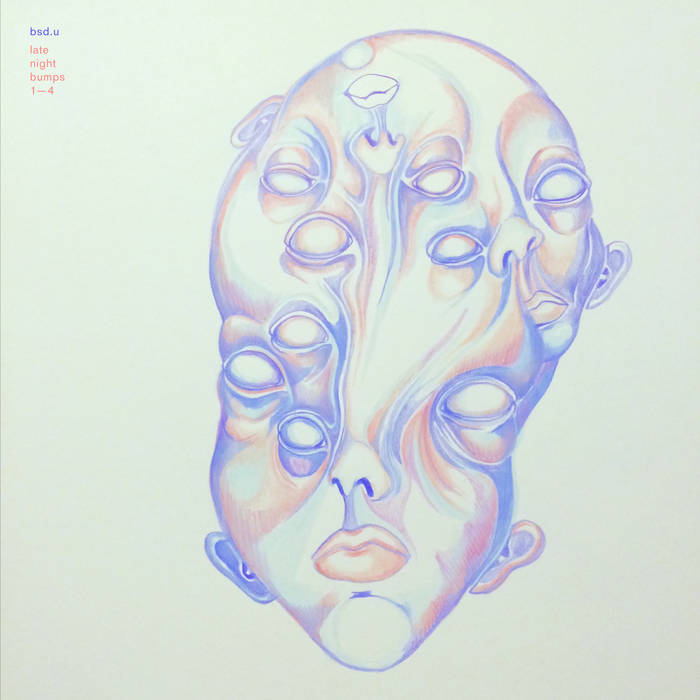 happyforyou inconsequentially put this on and chill with J and your good buddies Favorite track: Fountain Of Dreams.

Here's the entire [late night bumps] collection in one place and made available on a superb limited vinyl edition by Radio Juicy & HHV.
[late night bumps] is a series of beat tapes that were released from 2014 to 2015 by the ever mysterious and acclaimed Canadian beatmaker bsd.u (read beside you)
In a very hazy smoked atmosphere late night bump will keep you up at night with its laid back rhythms, lovely sampling and on spot rap remixes. Often compared to Nujabes & Adult Swim by his fans, since his beginning bsd.u has never ceased to inspire people all over the world with his unique approach to beats music.
This is hip hop in it's finest stage, raw & true to the heart.

A few quotes from fans :

"I have endlessly searched for something that conveys this sort of vibe you have in your music. It's very calm yet eclectic. Your music is a blessing to me and I will forever cherish it for the rest of my life."
-Christopher Allen

"Nice Chilled out Vibes. Wanna relax to some good music? Then listen to this album."
-stupidspecter

"Such an incredible producer. Can't get enough of his sad, melodic, and soothing beats. Makes me reflect deeply. Makes me want ride my longboard at night."
-Jose Espinal

"Absolutely fantastic sampling and production. bsd.u continues to amaze me with his creativity and awesome ability to evoke emotion and show beauty."
-Xander Lewis